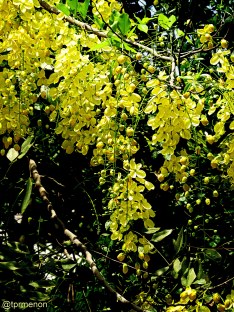 This is Cassia fistula or commonly called as golden showers. Known as Kani Konna in Malayalam it is the State flower of Kerala State, India. It is used in preparing the Kani– on the Vishu festival which is the first day of the Malayalam year which usually falls on April 14. It is auspicious to see the Vishu Kani which will keep the year ahead as a prosperous one.   Cassia tree has a lot of medicinal properties and is called aragvadha, meaning “disease killer” in Ayurveda, the age-old Indian system of Medicine.

Yesterday while driving back from office to home, I could see many Cassia trees fully bloom with their golden flowers hanging down so adorably. 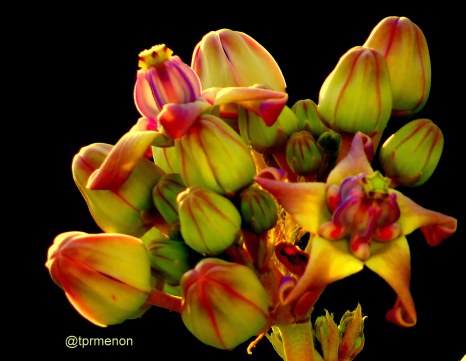 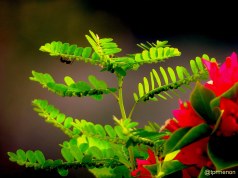 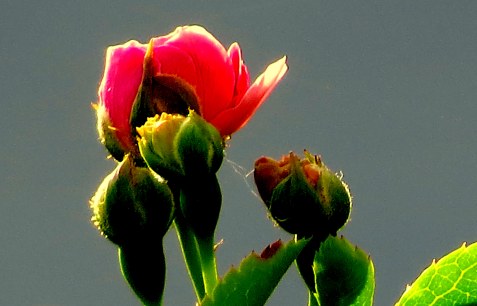